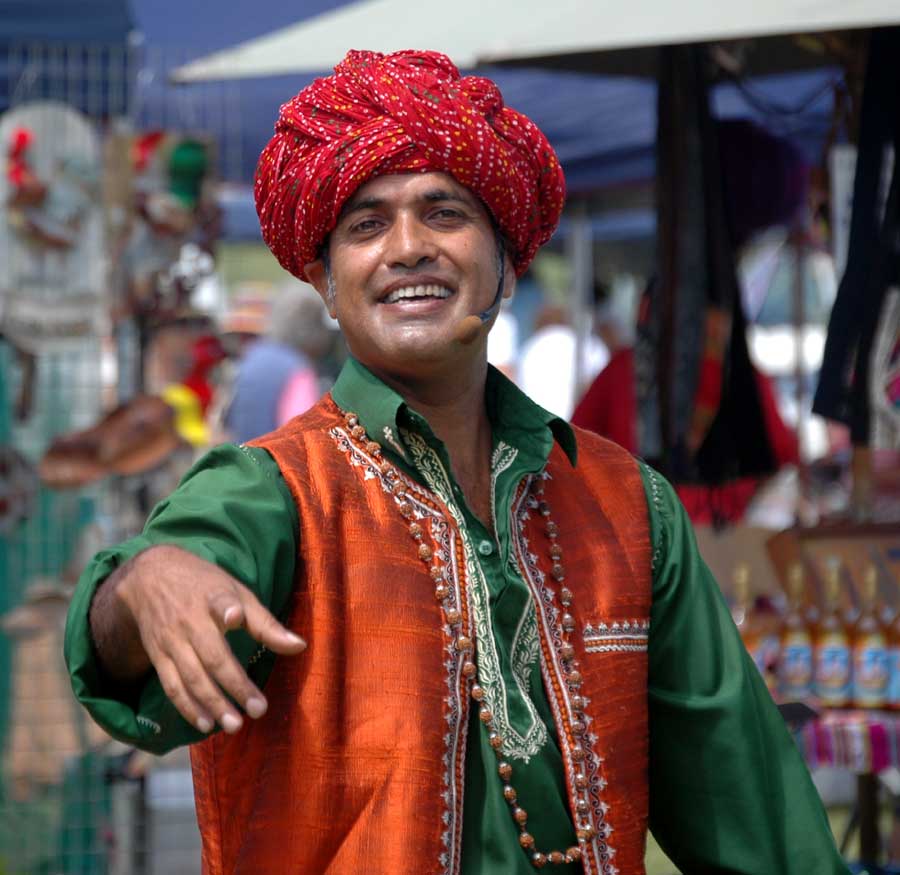 Jarduu the Magic of India

Andrew Elliott was amongst the nine performers who graced our very first festival in 2001.  We are grateful to have him back for the 5th time, bringing a message of greeting and congratulations on our 20th anniversary.

Jaardu is a colourfully dressed caricature of an imaginary Indian village magician, complete with head-wobble and exaggerated Indian accent. Andrew Elliott has created the character of Jaardu from both his Eastern and Western heritage. He is, by turns, cheeky and provocative, irreverent and flirtatious. Straddling both worlds, he is able to gently poke fun of Eastern and Western stereotypes, provoking humour and goodwill.  Andrew has developed a very unique performance which encompasses magic, comedy, and an original snake charming routine. He now tours throughout Europe, Canada, Australia, and South East Asia with this colourful, energetic show of intrigue, suspense, mystique, and humour.